Blast from the past

Sitting in the CPSA's boardroom the other day, waiting for a meeting to start, I was idly gazing at the rows of massive silver trophies when I spotted some bound copies of Shooting Magazine, "The Official Magazine of the Clay Pigeon Shooting Association", which in those days it was. 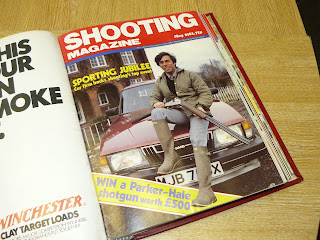 The book fell open at this cover for the May 1982 issue - and the memories came flooding back. I took that photo! I remember the excitement of borrowing a Saab Turbo for the week, and the sheer terror of taking it into the multi-storey car park in Windsor. And the trepidation of phoning up a certain Sara Pinhorn (now Marchington) and asking if she'd like to come for a spin in it!

Mike Rose wasn't at all sure about posing on the bonnet, but he went along with my plan, and it made a good cover shot to highlight the 50th anniversary British Open Sporting, held that year at West London Shooting School with sponsorship from Saab and Beretta. 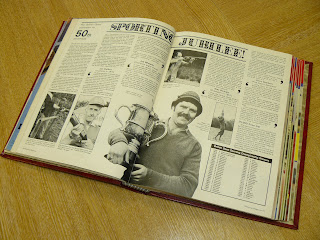 Posted by James Marchington at 10:15