What a manky fox! 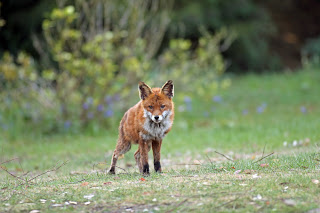 Typical! I manage to get within snapping distance of a fox, it stands there posing for me - and look at it, the manky thing! 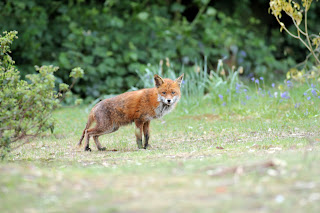 Still, I managed a few shots of crows, magpies etc as well, so not an entirely wasted afternoon. 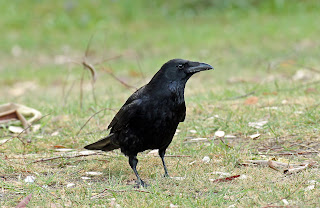 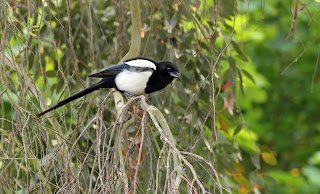 Phwoar, look at the size of that! 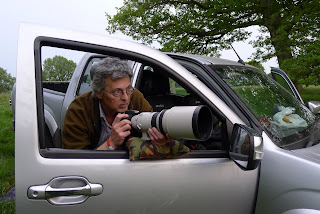 I've borrowed this lovely 300mm f/2.8 Canon L lens for the weekend - what a beauty! It's had a bit of a battering over its life, but the glass is still as lovely as ever, and focusing is smooth and fast. 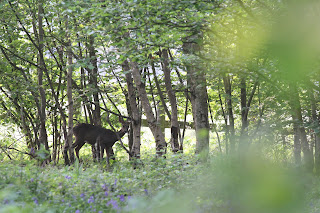 I stuck it on my 550D and went in search of wildlife. Saw a roe doe creeping through the trees, but she didn't want to play. 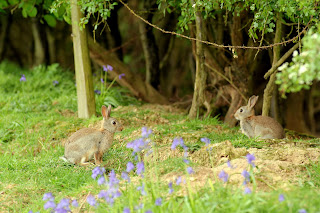 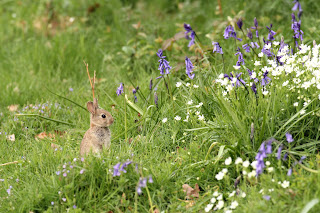 Then a few young rabbits... and a couple of older ones, including this one that appears to have had myxy, and an ear full of fleas. 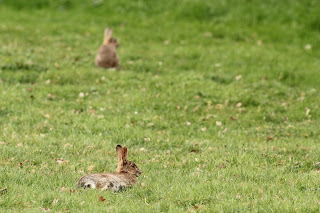 And then I thought, what the heck, I'll see if I can call up a fox. Within seconds of squeaking there was a brown flash in the undergrowth, just 20 yards away. He sat checking me out from behind a tree for a few seconds, didn't like what he saw, and scarpered. 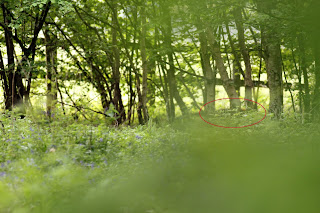 And all I got was this shot of where he was a second earlier - you can just see him (circled) sneaking off through the trees. Better luck next time perhaps!

Did you apply for tickets to see the shooting at the London 2012 Olympics? If you get lucky, it seems you will be able to take a camera - just a small one, mind. Without a flash. And don't think you'll cover the price of your ticket by flogging pictures to the shooting magazines.

The media office of LOCOG, the organising committee for the games, has been leading Amateur Photographer magazine a merry dance over their 'guidelines', first telling them that even compact cameras with powerful zoom lenses would be banned, then retracting it and blaming one of their PR team for making a mistake: "She got confused. She is not a camera expert."

The latest official statement is that the guidelines are still under discussion, but "Like many other large sporting events and previous Games, one possibility is that there may be restrictions around spectators using large (in size) lenses and tripods, simply because of the impact this can have on the viewing experience for other spectators sitting close by."

There has also been a suggestion that flash photography may be banned at certain events, including shooting.

As for making any money from selling photos from the event, sports photographer Bob Martin, who is head of photography for London 2012, said: "Ticket conditions will say that pictures cannot be used commercially – that's no different to any other sporting event."

1.
The fastest way to lose your Firearm or Shotgun Certificate is to threaten someone with a gun. The police really, really don't like that. Quite right too. There are plenty of things wrong with our firearms legislation in the UK, but on the plus side, it does ensure that legitimate firearms are in the hands of law-abiding, sober, sensible people who aren't prone to robbing banks or turning violent at the drop of a hat.


2.
The second fastest way to lose your guns is to let the police think you've threatened someone with a gun. That (in my humble opinion) is where Kevin Hunter went wrong. A dog walker complained when Kevin told them to clear off private land. Police got the impression he'd used his gun in a threatening manner (listening to Kevin I don't think he did) and hey presto, guns gone.


3.
Now there's a third way. Become a victim of violence or threatened violence, and the police will kindly relieve you of your guns so you won't be tempted to use them in self defence. That's what happened to Tracy St Clair Pearce, when some... er, what's the PC term for pikeys nowadays? Let's call them 'travellers'... when some travellers threatened to cut her throat, exposed themselves to her, threw rocks, etc. Did she grab her shotgun? No, she told them to clear off, and called the cops. Who took 35 minutes to show up, then treated her as the criminal. And a couple of days later they barge into her house at 3.15 in the morning demanding the keys to her gun cabinet or they'll rip it off the wall.

Perhaps there's more to this story than meets the eye, but the way it's being reported, it's not doing the police any favours. Minority Report seems just around the corner.

I don't advocate the licensing of firearms for self defence. Some people do, and they're entitled to their opinion; to me it sounds a bit too Wild West. But there's a covenant between the state and the citizen. We agree to give up our right to defend ourselves with lethal force, on the understanding that the state will protect us. In the case of Miss St Claire Pearce, the police not only failed miserably, they're now trying to justify their actions with a stream of PC twaddle.

The Mud in the Blood blog has some strong words on the subject, and I'm sure some of my American readers will be flabbergasted too.

Whatever your views, it's worth remembering what we have become, if you want to keep your certificates.


If you hunt, shoot or fish, you must watch Blooded, a new movie out on DVD, on Filmflex, or online via iTunes or LoveFilm.

Not only that, get all your non-hunting/shooting/fishing friends to watch it too.

Blooded is not a soppy propaganda film about countrysports. It's a gritty, powerful drama about a group of deer stalkers on the Isle of Mull who are targeted by the nastiest type of animal rights extremists. The film is presented as a 'documentary' about a (fictional) event in 2005. The producers have gone to a lot of trouble to create an alternative reality, so you begin to wonder if the film might actually be based on real events. The main character is clearly based on pro-hunting figurehead Otis Ferry, and the film-makers set up a fake animal rights website for the Real Animal League, which appears to have duped a good few real antis.

Is it pro or anti fieldsports? The producers say neither. It's a film about extremism, they say - the things people do when people feel so strongly about an issue that they stop debating and start fighting.

But there's no doubt who is portrayed more sympathetically in this film. The stalkers are real, three-dimensional people who have thought deeply about their relationship with the deer they kill and eat. The antis, by contrast, are anonymous, impersonal figures hidden behind balaclavas, who will stop at nothing to achieve their aims.

Shooters will enjoy looking for the rare technical errors - a rifle missing its bolt in one shot, a supposedly experienced shot resting the rifle barrel directly on a rock. But these don't detract from the experience.

Even if you didn't care about the subject, it's a gripping story well told. Blooded deserves a place alongside cult classics such as The Wicker Man. 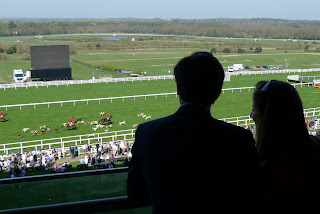 Racing has never really been my thing, but if you're going to try something new you might as well do it in style - and thanks to the lovely folk at the Countryside Alliance I had a great time as their guest at their Countryside Race Day at Ascot today. 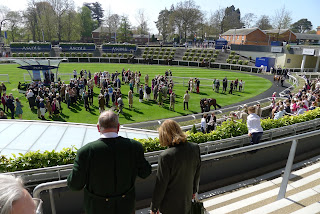 We had a splendid view of the course from a box in the grandstand. First event of the day was the Masters' Race for Repeal - a charity race with proceeds going towards the campaigning work of the Countryside Alliance, as well as the vital work of the Hunt Benevolent Fund. 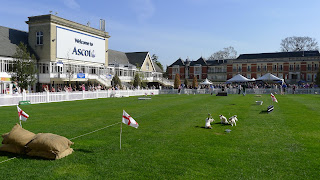 In addition to the racing, there was a parade of hounds, and loads of attractions from terrier racing to a 'petting zoo' for the kids (and some of the older ones too). 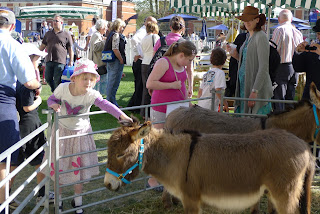 The sun shone all day long, and the hospitality flowed. Why can't fundraising always be such good fun?