Pike fishing on the Mole 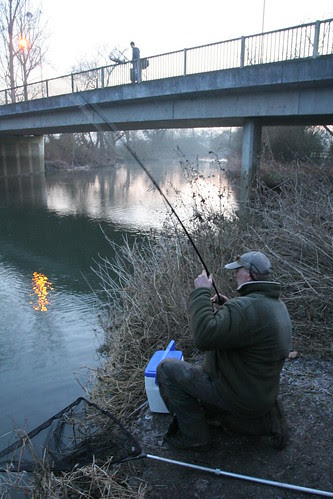 Caught up with my brother Nigel today, fishing on the River Mole at Downside, near Cobham. He had been at it since dawn, but we joined him an hour before sunset. It was a cold day - the frost on the bank had never thawed completely, despite the sunshine, and as the sun sank behind the trees the temperature plummeted.

He was fishing a deadbait - a Waitrose sardine - with a treble hook on a wire trace, with a big red float above. As we watched, the float bobbed, then set off upstream. Nigel waited - apparently the pike was turning the bait in its mouth, so it could swallow it head first... 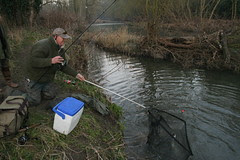 Then he struck, and the fight was on. This was a smallish pike of just a few pounds. Nigel carefully removed the treble hook with forceps, and slid the pike back into the river. 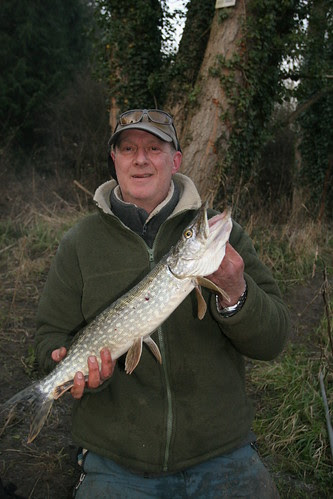 Just as it was getting dark, Nigel hooked this monster - a 15-pounder. He explained that like many predators, the big pike prefer to feed at twilight - either dawn or dusk. The smaller pike have to make do with feeding during daylight hours. 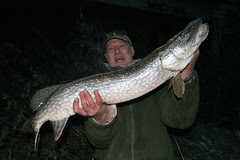 Just look at those jaws! 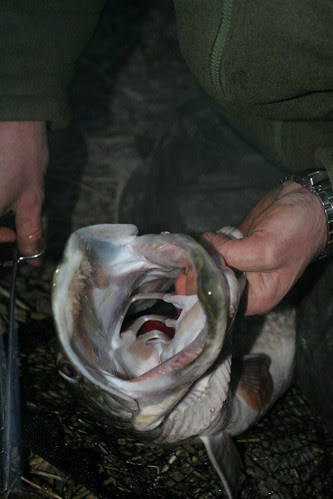 Posted by James Marchington at 15:59

Nice gap on that one.Well done.

where exactly were you fishing (address, postcode or just general directions or land marks)

Excellent story and monster fish, have never caught a pike although look like loads of fun. Very nice pictures by the way, like the scenery.