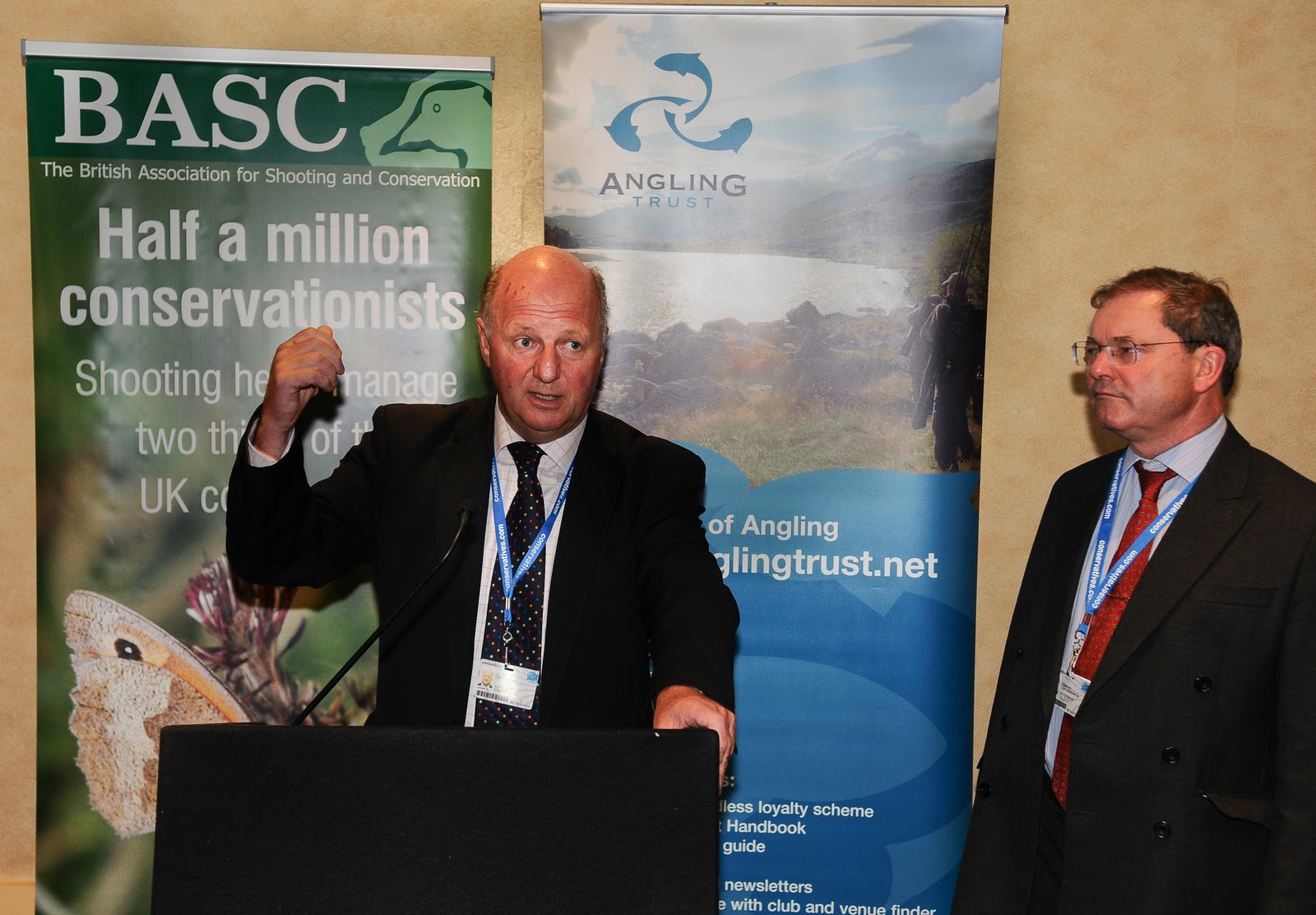 “What you represent here is the Big Society in action. We don’t go out in the countryside just to pull the trigger or float a fly; we are out there day in, day out working for conservation.”

So says Jim Paice, Defra minister, speaking at the Conservative party conference. Geoffrey Clifton-Brown MP, chairman of the all-party parliamentary group for shooting and conservation, added that everyone who shoots or fishes should encourage others to come out into the countryside to find out the real story of what goes on.

At a time when the likes of the RSPB are spending untold thousands of pounds on lobbying bleating about the terrible damage spending cuts could do to the environment, it's good to see ministers recognise that shooters and anglers are getting on with the job, spending their own hard-earned cash doing practical conservation work - and BASC are doing a great job of promoting the fact.
Posted by James Marchington at 12:49