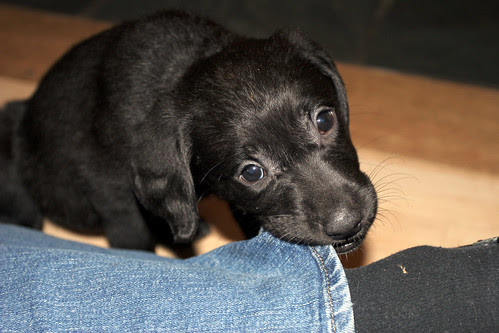 That's enough about tiresome antis - on to happier subjects: this young lady will be joining the Marchington family in a week or so (we'll have to get her out of the trouser-chewing habit pdq!). She was bred by Shaun, a Sporting Shooter reader and keen beater/shooter who lives in Reading. By concidence, I had bumped into him in the early days of the magazine when I photographed a shoot run by the father of Sheena, who was our sub-editor at the time. Small world! 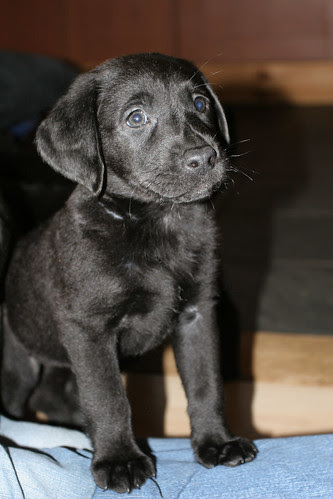 Andy Richardson had been pushing us to get a pup earlier this year, but at that time the head ruled the heart and we stayed firm. After several weeks of campaigning by the kids, we caved in - with the result that we went round to Shaun's to view his litter of black labs. 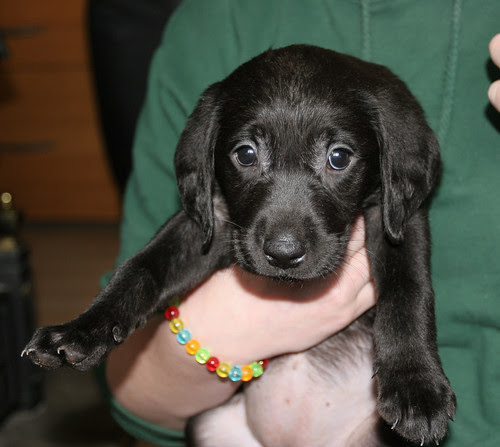 No-one could resist this lot, and in a flash we'd fallen for this one, provisionally named 'Bracken' although Andy will pull my leg mercilessly about that, and we will probably change our minds several times before it's settled. They're almost weaned, and depending how that goes the current plan is that we'll pick her up in about a week's time. Expect this blog to be over-run with cute puppy pictures for some time to come.

Incidentally, last time we spoke to Shaun he had 3 male pups unsold - if you're interested drop me a line and I'll pass your details on.

Hello Bracken, What a pretty name for an equally pretty girl. I do hope human Mummy & Daddy let you keep it. Just to let you know we now have our own blog!! Go to "Hooray for Working Cocker Spaniels" and you can here all about our antics, Frankie's pregnancy and human Mummy's despair.

Nothing wrong with Bracken. Quite suprised you thought of a nice name !!!!!!!