If there's a Russell in your hedgerow...

...don't be alarmed now, he'll just be catching the coneys. 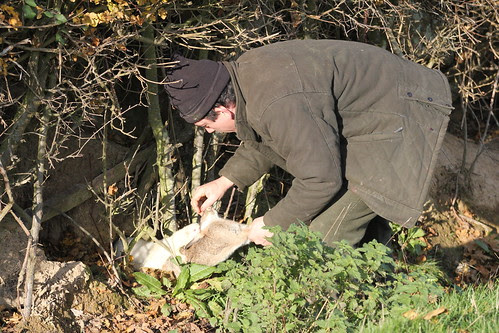 On Friday I went ferreting on Romney Marsh with Russell Summers, a colourful character who, it would seem, is a bit of a legend in Kent - both for his ferreting skills and his unique way with words.

Born and "dragged up" (as he tells it) in London, he couldn't wait to get out to the countryside, where he's developed a passion for rabbiting, with ferrets, nets and dogs. He doesn't like to use a gun, he told me, certainly not around his ferrets or dogs. Besides, having seen him work with his long nets, I can't imagine he'd have much need for a gun. Not much gets past him! 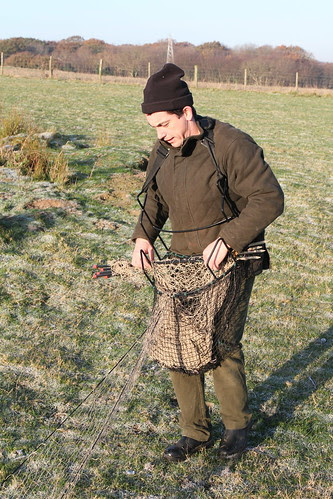 He has adopted the new quick-set type of long-net, which is carried in a wire-framed basket with a shoulder strap. It was impressive to see Russell peg down one end of the net, then walk backwards pausing only briefly to plant each pole; a 100-yard net was set in little over a minute. 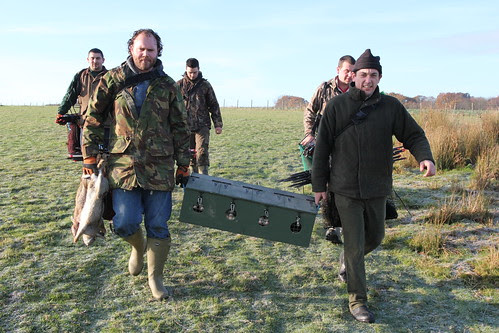 Then it's in with the ferrets. Russell doesn't muck about with two or three ferrets - he was using 11 on Friday, all bred by himself (he's very proud of his pure-bred strain of wild polecats, but that's another story). 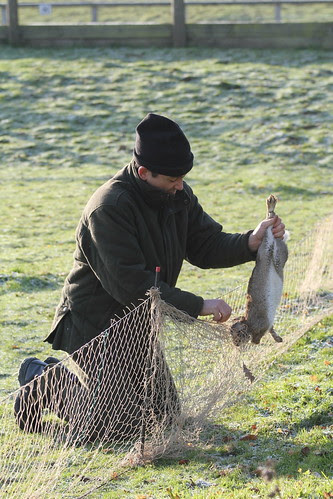 On this crisp, sunny morning the rabbits weren't hanging about to argue with that lot - they bolted well from the first hole, and soon we had a dozen or so in the bag. 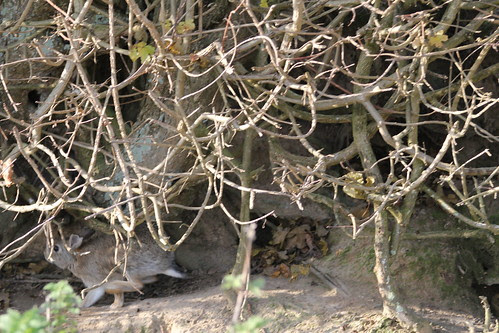 Later in the day we moved to a long run of old hedgerow, where the rabbits were less cooperative. Despite the large team (a "business") of ferrets, they were hole-hopping rather than following the plan and bolting into the nets. That's where we really could have done with a decent dog or two. 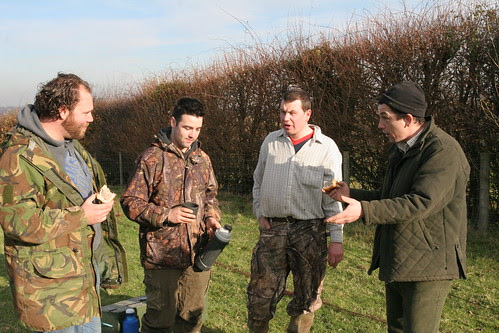 Still, there was plenty of Mark Gilchrist's game pie, and a Thermos of hot soup, to cheer us up. And even the most tardy ferret was retrieved well before sunset. 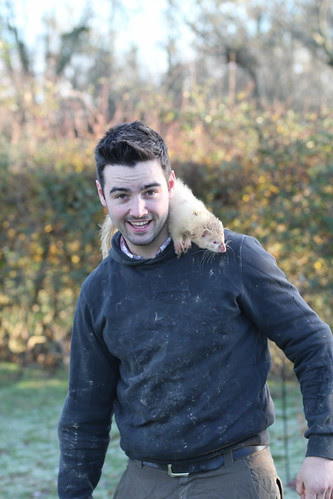 Thanks to Mark Gilchrist, his friend Cai, plus Russell and his colleagues, for a very successful and informative day. I'll be writing a feature about it for our next issue.

Meanwhile, here's the song I alluded to in the headline. Enjoy...

Excellent report there James, you can't beat a good day out with the dogs and ferrets.
Where the bushes are like yours where, I use a very low set stop net which is hand knit in double strand, it doesn't always catch them, but it stops them bouncing round the holes!!
Its always good to see this sort of pest control done well, I look forward o reading your report.
I know I will be out this cold snowy weekend doing exactly the same.....can't wait!!!!